In this webinar, Dr. Tang talks about two CRISPR-mediated analog multi-event recording apparatus (CAMERA) systems that use base editors and Cas9 nucleases to record cellular events in bacteria and mammalian cells. The devices record signal amplitude as changes in the ratio of mutually exclusive DNA sequences or as single-base modifications. They achieved recording of multiple stimuli in bacteria or mammalian cells, including exposure to antibiotics, nutrients, viruses, light, and changes in Wnt signaling. Reliable readout required very few cells, and the order of stimuli can be recorded through an overlapping guide RNA design, and memories can be erased and re-recorded over multiple cycles. CAMERA systems serve as “cell data recorders” that write a history of endogenous or exogenous signaling events into permanent DNA sequence modifications in living cells. 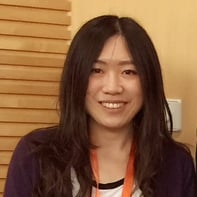 Dr. Tang holds a bachelor's degree in chemistry and biology from Tsinghua University, China. After graduation she moved to the United States and earned a P.h.D with Professor Wilfred van der Donk at the Department of Chemistry of the University of Illinois, Urbana-Champaign. She is now an HHMI fellow of the Jane Coffin Childs Memorial Fund for Medical Research in Professor David Liu's lab at the Broad Institute.