Nature uses 64 codons to encode the synthesis of proteins from the genome, and chooses 1 sense codon—out of up to 6 synonyms—to encode each amino acid. Synonymous codon choice has diverse and important roles, and many synonymous substitutions are detrimental. Here we demonstrate that the number of codons used to encode the canonical amino acids can be reduced, through the genome-wide substitution of target codons by defined synonyms. We create a variant of Escherichia coli with a four-megabase synthetic genome through a high-fidelity convergent total synthesis. Our synthetic genome implements a defined recoding and refactoring scheme—with simple corrections at just seven positions—to replace every known occurrence of two sense codons and a stop codon in the genome. Thus, we recode 18,214 codons to create an organism with a 61-codon genome; this organism uses 59 codons to encode the 20 amino acids, and enables the deletion of a previously essential transfer RNA. 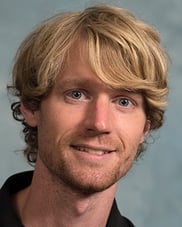 Wes earned his Ph.D. in chemical biology at Yale University before starting a postdoc in synthetic biology with Dr. Jason Chin at the MRC-LMB in 2017. His current research involves developing genome engineering techniques to test the flexibility of the genetic code as well as its potential for further expansion. 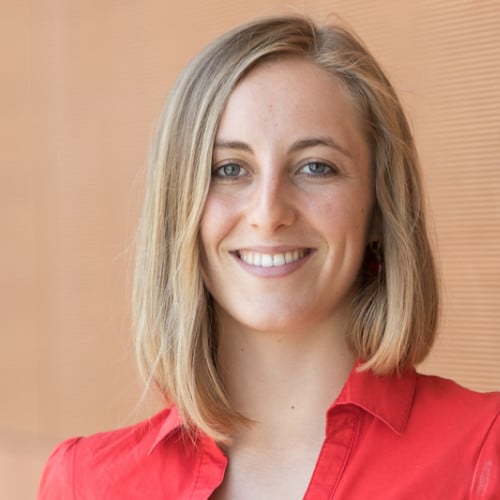 Louise obtained an MSc in biochemistry at the Technical University Munich before joining Dr. Jason Chin’s lab as a Ph.D. student in 2017. Here she worked on developing and applying techniques for large-scale genome engineering with the focus on studying the plasticity of the genetic code and engineering it to progress genetic code expansion.

Daniel received a BSc in biotechnology at University College London in 2016. He then joined the laboratory of Dr. Jason Chin at the MRC Laboratory of Molecular Biology in Cambridge, where he is a Ph.D. candidate focused on developing technologies for genetic code expansion and prokaryotic genome engineering.