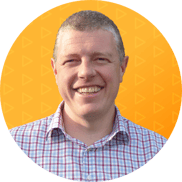 Neil Henderson is Chair of Tissue Repair and Regeneration and a Wellcome Trust Senior Research Fellow in Clinical Science at the Centre for Inflammation Research, Edinburgh University. He undertook medical training in Edinburgh and London before completing a Wellcome Trust funded Ph.D. at the MRC Centre for Inflammation Research, Edinburgh. He then trained in hepatology and was awarded a Wellcome Trust Intermediate Fellowship, during which time he spent a 3 year post-doctoral period based in Dean Sheppard's lab at the University of California, San Francisco, USA. He was then awarded a Wellcome Trust Senior Research Fellowship in Clinical Science to investigate the cellular and molecular mechanisms that drive organ fibrosis, and also the pathways which are responsible for efficient wound healing and healthy tissue regeneration following injury. His group uses cutting-edge, multi-modal, single-cell technologies to decode the molecular mechanisms regulating human tissue fibrosis and regeneration at single-cell resolution, which will hopefully inform and accelerate the development of effective new therapies for patients with fibrotic diseases. He is the recipient of various awards including the Sir Francis Avery Jones British Society of Gastroenterology Research Medal, United European Gastroenterology Rising Star Award, and the Dame Sheila Sherlock Research Prize and Lecture, British Association for the Study of the Liver.