Next generation sequencing has revolutionized medical genetics, identifying the genetic causes for hundreds of disorders. One notable exception is cerebellar disorders, which have eluded gene discovery for several reasons: cerebellum is often not assessed in children with other diagnosed neurodevelopmental disorders, clinical and neuroimaging features of specific cerebellar malformations overlap considerably, and non-genetic causes of cerebellar damage, such as prenatal hemorrhage, often cannot be distinguished from likely genetic-caused cerebellar disruption. We are examining DNA from the largest collection of patients with cerebellar malformations using exome and genome sequencing together with cell-type specific RNA-sequencing of fetal cerebellum to identify the genetic causes for phenotypes with primary effects on cerebellar structure and function that are often overlooked. 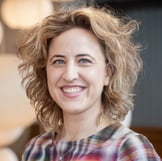 Dr. Kimberly Aldinger is a neuroscientist and a geneticist. She received a Bachelor's degree in biology from Brandeis University, a Master's degree in psychology from Harvard University, and a Ph.D. in neurobiology from The University of Chicago. Her graduate and postdoctoral work focused on investigating the phenotypic diversity and molecular mechanisms among neurodevelopmental disorders. As a research scientist in the Center for Integrative Brain Research at Seattle Children’s Research Institute, Dr. Aldinger continues to integrate clinical and genetic data to advance our understanding of neurodevelopmental disorders. Her current research is driven by the paucity of known genetic causes for cerebellar phenotypes and the genetic regulation of pleiotrophic genes with brain predominant effects. Her research has been funded by resources from Autism Speaks, NIH, the Epilepsy Foundation of Greater Los Angeles, and the Dandy-Walker Alliance.